/ Blogs / the best canadian festivals for an international students to experience

The Best Canadian Festivals For An International Students To Experience

Education in a foreign country is an experience in itself, and there is more to it that the academic or professional aspect. Living abroad is all about growing into a better version of yourself and learning more and more each day. It is imperative that you experience new things during the course of your education because that is the real essence of studying abroad. 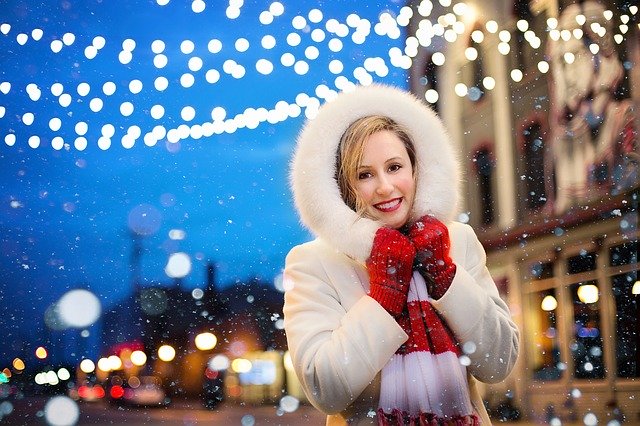 Canada is one of the most culturally diverse countries in the world with people from all over the world. It has the highest percentage of foreign-born citizens than any other G8 country in the world. Today immigrants and foreign nationals represent over 20% of Canada's total population. More than 200 languages are spoken in Canada, with more and more people traveling every day in search of a better life. International students going to Canada must witness these beautiful festivals and experience these out of world festivals.

Canadian festivals are a testament to the peaceful and cohesive co-existence between people. It is home to some of the biggest carnivals resplendent with lights, colors, music, and life. These festivals attract spectators from all around the world. This writes up deals with the best and most popular festivals in Canada.

Usually held in the months of summer, it is one of the biggest festivals in the country. It is an extravagant fireworks festival held over the English Bay for three consecutive nights, usually in the month of July. The entire festival extends for over a week in which three firework teams from three different countries compete with each other. The firework display is choreographed to woo the crowds and launched over the waters of the bay. The firework display usually revolves around a specific theme, and people enjoy it wrapped in blankets and eating their favorite food. There is a large number of people flocked around the English Bay and Burrard Inlet and the celebration kicks off with a music festival at Sunset Beach.  Shorefest is a part of the Celebration of Light and is Vancouver's biggest community concert festival.

Folklorama is the world's biggest and longest-running multicultural festival held in Winnipeg, Manitoba, Canada. People from all over the country travel to witness this travel to taste different cuisines, watch cultural performances, meet new people and celebrate their cultural heritage. This festival extends for a span of two weeks each year in the month of August.  Cultural representatives are provided with a definitive venue known as Pavilions and there are almost 40 pavilions represented by people from various ethnic backgrounds throughout the city. Half of the pavilions operate in week 1 and the other half operate in week 2 of the festival. Each pavilion presents a cultural show of their country along with delicious cuisines, songs and traditional dances. Additional services are also included for the viewers such as henna tattoos, souvenirs and so on.

The Edmonton Folk Festival was started in the year 1980 and is one of the oldest folk festivals around the world. It began with one staff member and 300 volunteers and since then it has grown both in size and popularity. It now boasts of a volunteer strength of up to 2700 and it is a not for profit charitable initiative to help boost the folk music community in Edmonton. It boasts of soul-stirring music and an enviable performance line up. The main aim is to make this festival the grandest and most authentic in the world. The best part about the festival is that the tickets are priced at a low rate so that more and more people can be a part of this musical magic.

With almost 500,000 people in attendance annually, the Toronto International Film Festival is one of the most popular and esteemed film festivals in the world. Since its inception in 1976, TIFF has been included with the likes of festivals such as Cannes and Sundance. The festival operates out of the TIFF Bell Lightbox cultural center in Toronto, Ontario. A number of amazing movies are screened at the festival with actors, directors and movie personalities from all over the world traveling for the festival. The festival also hands out awards, its major prize being the "People's Choice Award" that is given to a full-length feature film.

Held annually in Ottawa and Gatineau, Quebec, the Winterlude is a winter festival as the name suggests and is widely popular among the people in Canada. The festival is organized and administered by the Department of Canadian Heritage and was conceived in the year 1979. It is held each year from January 31 to February 18 and is a significant tourist destination, with millions coming each year to witness the beautiful festival.

The Toronto Caribbean Festival or Caribana, as it is popularly known, is a festival honoring the Caribbean culture, food, and people held in Toronto, Ontario. It is something like a carnival and has been dubbed as North America's largest street festival. It is attended by over 2 million people, with 1.3 million coming to visit the final parade. This festival attracts large amounts of domestic and international tourists who enjoy it to the fullest. Along with that, the Caribbean Festival is an excellent source of monetary benefits as it brings $400 to the annual economy of Toronto.

The Quebec Winter Festival was started as a small gathering, and the first carnival was held in the year 1894. This tradition follows for 17 days from the end of January till mid-February. Instead of several interruptions, including two world wars and the Great depression of 1929, citizens of Quebec have made it a must-attend event embellishing the winter life of the city. Families who want the nearest access to the carnival can book their rooms at Hilton Quebec, for it is only a five-minute walk to the grounds. The night opens with a photo op with Bonhomme, the official ambassador of the carnival. In the following days, visitors can take rides on the Ferris wheel, play human foosball and leave their kids in the giant bounce house. People with a passion for adventure sports dive into snow rafting and ice skating! Not just for the artists, individuals can carve snow and ice sculptures. Children's favorite sleigh rides with the bonus of chocolate-flavored donuts called beaver's tail is a must-try. The carnival ends with the tour of the ice palace and the night parade.

All these festivals are enormous contributors toward cultural diversity as well as the finances of the country. These festivals are also a way of people uniting and coming together to celebrate. As years go by we see more and more people become culturally conscious and socially acceptable and this can be credited to such diverse and vibrant events.